Once a month, a group of volunteers guided by Strawberry Isle Marine Research Society (SIMRS) flock to the intertidal regions of Clayoquot and Barkley Sounds. They make up a group of 70 volunteers participating in another year of the Sea Star Stewardship Program, performing monthly surveys of Sea Star Wasting Syndrome among the region’s beloved populations. 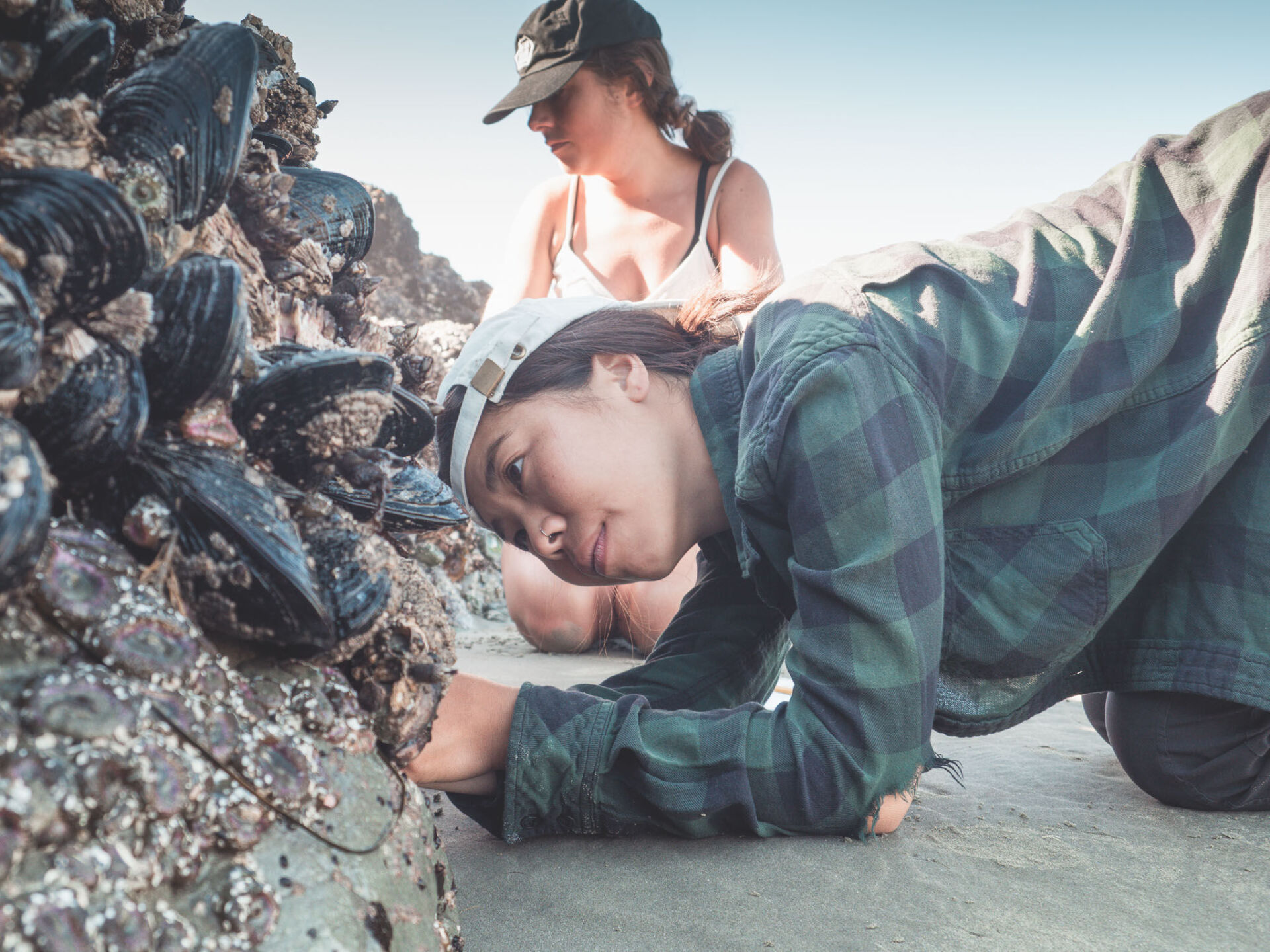 Sea Star Wasting Syndrome first emerged in 2013 and has since heavily impacted populations along the west coast of North America, Vancouver Island included. Among sea star species, the Sunflower star (Pycnopodia helianthoides) has lost over 90% of their total population and are now sadly listed as critically endangered by the International Union for Conservation of Nature. Over the years, SIMRS surveys have documented consistent occurrences of Sea Star Wasting Syndrome in the region’s land-bound sites, with higher concentrations at low-tide points where stars are more closely aggregated. This could have serious implications for our coastal ecosystems as Ochre and Sunflower stars are considered keystone species that play an indispensable role in maintaining marine environments. Sunflower stars promote kelp forest health by controlling the populations of kelp grazing organisms such as urchins, while Ochre stars (Pisaster ochraceus) support biodiversity in rocky intertidal zones by ingesting mussels, barnacles, and sessile animals to create space for other organisms.

Despite the widespread impacts, researchers are still uncertain as to the cause of Sea Star Wasting Syndrome, and how it is transmitted between individual sea stars. As sea stars do not hold the same economic value as many other marine species such as Pacific Salmon or Killer Whales, support for ongoing research into Sea Star Wasting Syndrome is perhaps not as high as it ought to be. Because of this, citizen science programming like the Sea Star Stewardship Program hosted by SIMRS is immensely valuable in advancing our understanding of the issue both regionally and globally. 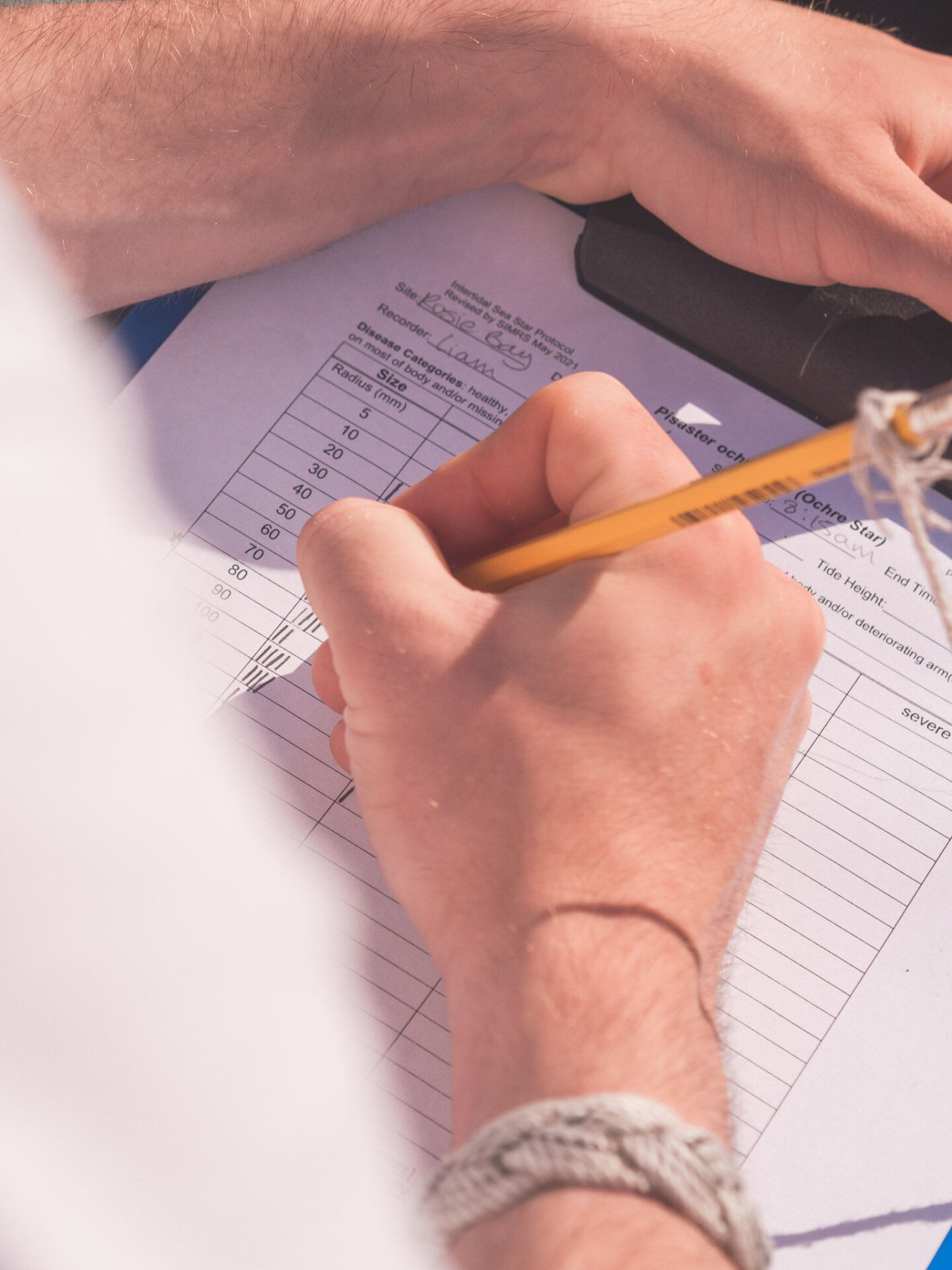 In the SIMRS sea star program, survey volunteers are trained to collect data on population, diversity, sea star size, and disease severity. Equipped with this knowledge, they can also contribute sightings on their own time using the SIMRS’s online sea star reporting forms and encourage friends and family to do the same. SIMRS relies on the support of volunteers and has already contributed years’ worth of their regional data to the collaborative database hosted by the Multi-Agency Rocky Intertidal Network (MARINe). This database facilitates knowledge-sharing and collaboration amongst scientists and researchers from all over North America. Information from this database is then used by experts to assess the large-scale impacts of Sea Star Wasting Syndrome and make science-driven predictions and management decisions. Without the help of citizen scientists, the collection of data would likely be far less robust. Many hands make light work! 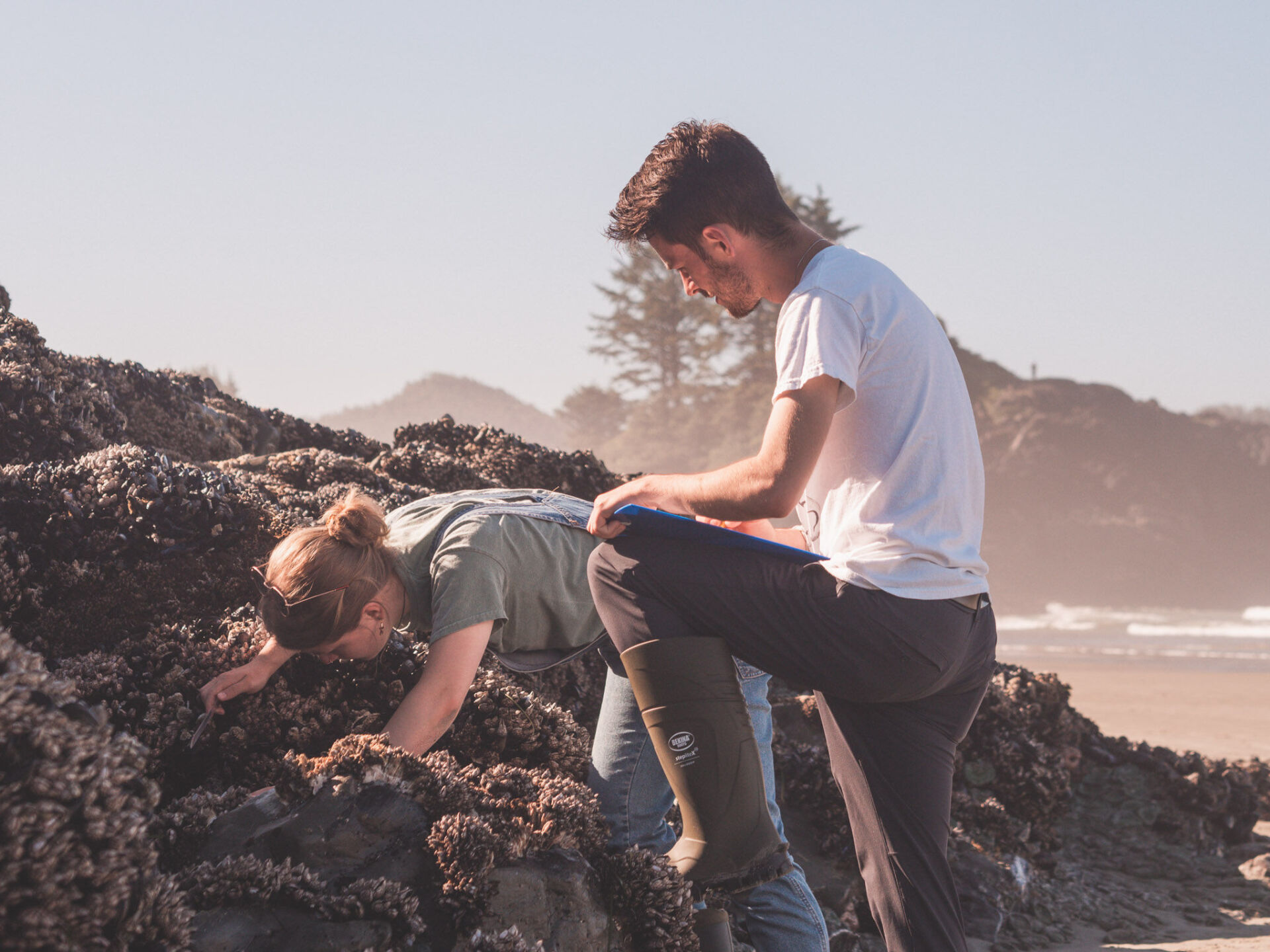 Not only do citizen science programs benefit the scientific community, but they also present fantastic opportunities to educate and engage our own communities on ecological issues. The Sea Star Program fosters marine stewardship on our coast and shows residents that they too can help strengthen our local environments to ensure their resiliency for years to come. The Sea Star Stewardship Program has also provided its volunteers, who are largely university students, with invaluable fieldwork and job experience, building technical knowledge and capacity within our own communities. 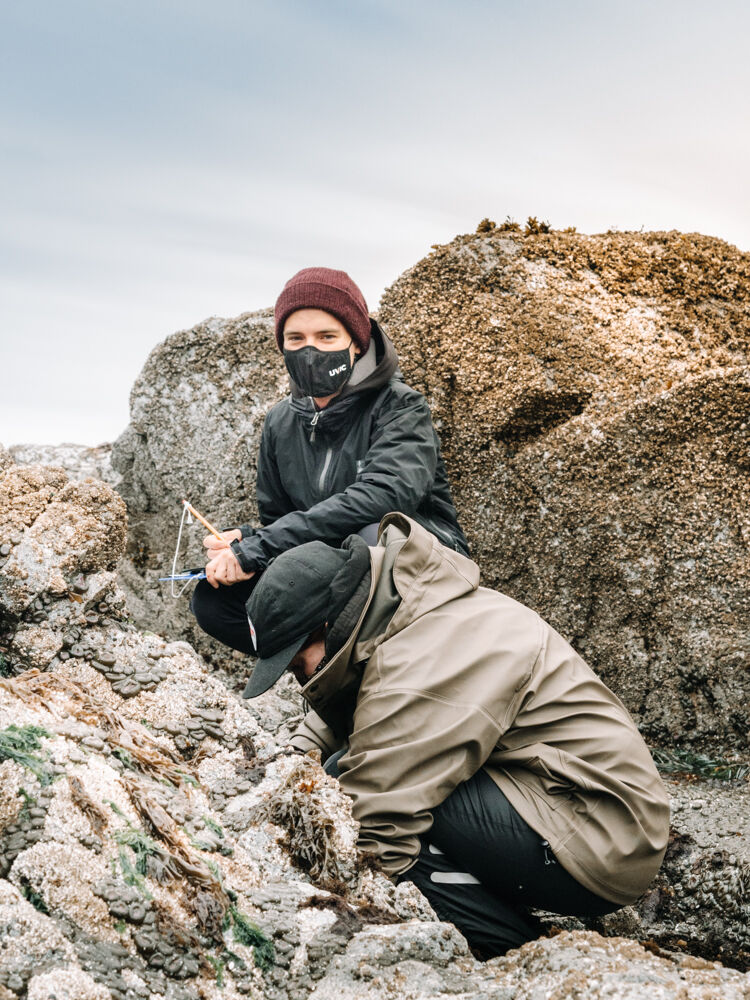 To learn more about the Sea Star Stewardship Program and volunteer opportunities, or to access Sunflower Star Report Forms, visit the Strawberry Isle Marine Research Society’s website at https://www.simrstofino.org/ or visit their Facebook and Instagram pages. You can also check out compiled sea star data, and the research you are contributing to on the MARINe website at https://marine.ucsc.edu/index.html. Next time you’re exploring our coast’s tidepools, look for signs of Sea Star Wasting Syndrome and become a citizen scientist! Intertidal ecosystems deserve our continued care and respect, so be sure to watch your step and refrain from harmfully removing animals from their homes. Remember not to touch any sea stars you come across as we are still unsure how Sea Star Wasting Syndrome is spread.

Special thanks to Sydney Dixon from SIMRS for sitting down with West Coast NEST.