ArcGIS StoryMaps is an immersive story authoring web-based application, using maps in the context of narrative text and other multimedia content. (A summary of each StoryMap can be found below.) This project, funded by an NSERC PromoScience grant held by Audrey Dallimore, Professor Emerita, School of Environment and Sustainability at Royal Roads University, enabled our group to create interactive resources and provide interesting insights into various aspects of the Clayoquot Biosphere Region's marine and terrestrial ecosystems. Dallimore has a passion for connecting coastal communities with scientists and has been leading programs that encourage youth to see themselves in science careers for over a decade. In 2018, Dallimore, with partners from Natural Resources Canada, Fisheries and Oceans Canada, and the Canadian Coast Guard, led the PromoScience Expedition, bringing the Coast Guard research vessel, the CCGS Vector, to communities of Clayoquot and Barkley Sounds, and worked closely with West Coast NEST to ensure everyone who wanted to visit the ship and learn about marine sciences had the opportunity to do so.

The StoryMaps highlight important trends impacting the wellbeing and survival of species and ecosystems of the west coast of Vancouver Island. Furthermore, they illustrate research methodologies and tools used by the various organizations, providing viewers with interactive opportunities to learn more about how research is conducted in the Clayoquot Biosphere Region. We hope the StoryMaps will be enjoyed by youth at home and also used in middle and high school classrooms. Grade 6/7 teacher Karen Coppen cannot wait to start using the StoryMaps for her class.

"The salamander [StoryMap] with the three hypothesis options would be really great to teach kids about the scientific process! All of the stories really highlight how scientists have to work hard and think outside of the box when tackling big questions. Such awesome images and graphics too!" - Karen Coppen, Grade 6/7 Teacher

The project has also been a great learning opportunity for all of the research organizations involved. No one involved had worked with ArcGIS or StoryMaps in the past and were thrilled at the opportunity to engage in a new way to communicate their work. One of the first steps in this project was to gain a basic understanding of the StoryMaps platform. Anna Podhorodeski, a Geophysics and Geographic Information Technology student at the University of Victoria, had gained extensive experience creating StoryMaps during her internship as a GIS and lab assistant at Natural Resources Canada. Somewhat of a "StoryMap expert", Anna, created a "How to create StoryMap" video series for our group, and provided advice and troubleshooting throughout the project.

Coming altogether (virtually) several times over the course of this five-month project provided opportunities for researchers to network, exchange ideas, and get feedback on draft versions of the StoryMap from others, ultimately improving the communications of each research project. As you can imagine, connecting with thirteen other inquiring minds resulted in many new ideas!

We are gearing up for the second phase of this project with continued funding from PromoScience. New StoryMaps will be created, some new features will be added to current StoryMaps, such as series of interviews with the researchers themselves. The arrival of the spring field season also brings new opportunities for researchers to collect new data and media. Some of the upcoming additions to the StoryMaps collection include Strawberry Isle Marine Research Society's Sea Star Monitoring Program, Clayoquot Biosphere Trust's Clayoquot Soundscapes project, Association of Wetland Stewards for Clayoquot and Barkley Sounds' research into amphibians in seaside pools, and much more! 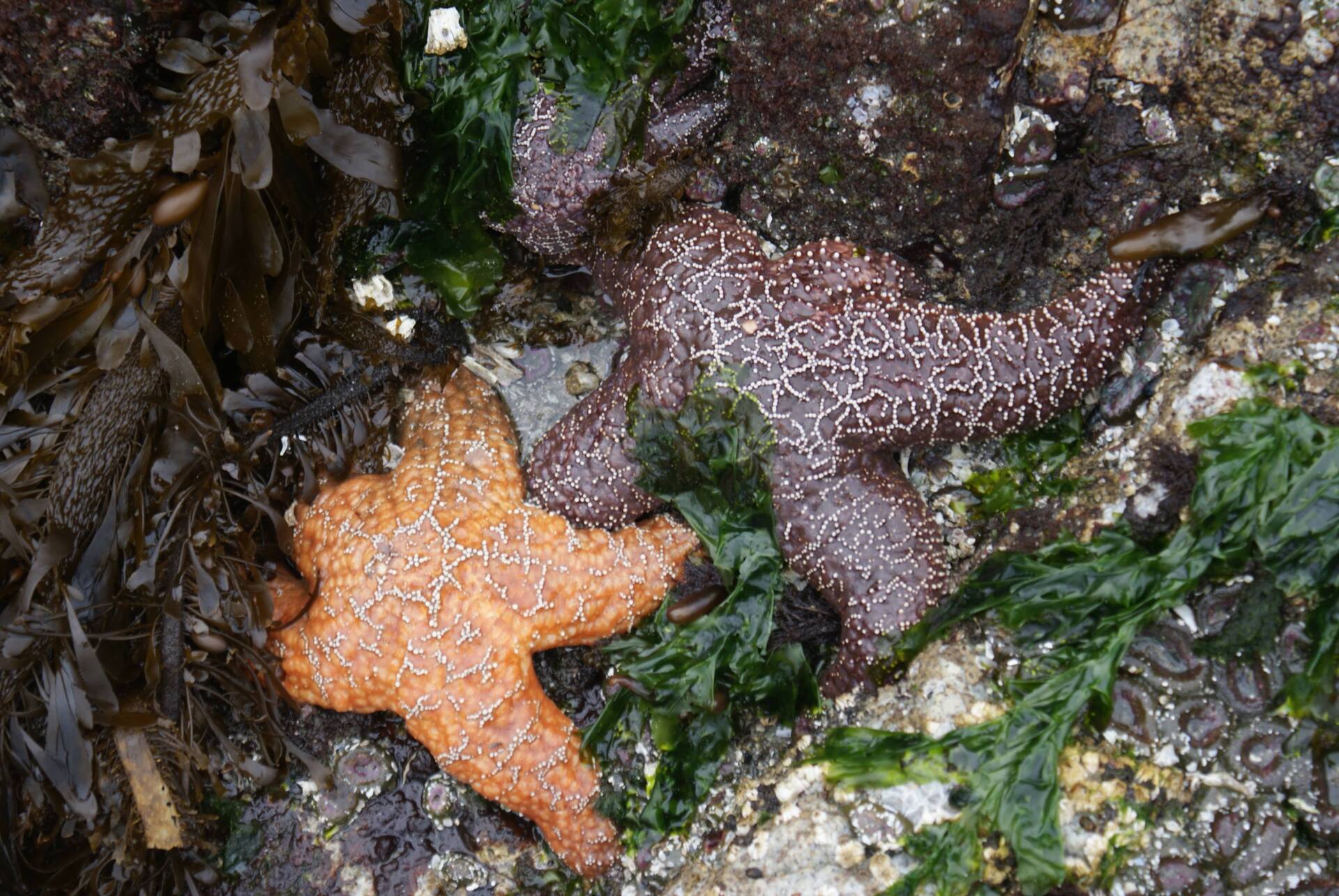 Join Raincoast Education Society (RES) as they investigate the importance of Tofino shorelines for migrating Western Sandpipers, a small shorebird that frequents the beaches and mudflats of Clayoquot Sound during their spring and fall migrations. Consider this important research question with RES as they demonstrate their use of “mist nets” and radio tags in their fieldwork to track these tiny shorebirds. RES explores how their data is contributing to their understanding of the lives of Western Sandpipers and helping identify environmental stressors for Western Sandpipers and other migrating shorebirds. 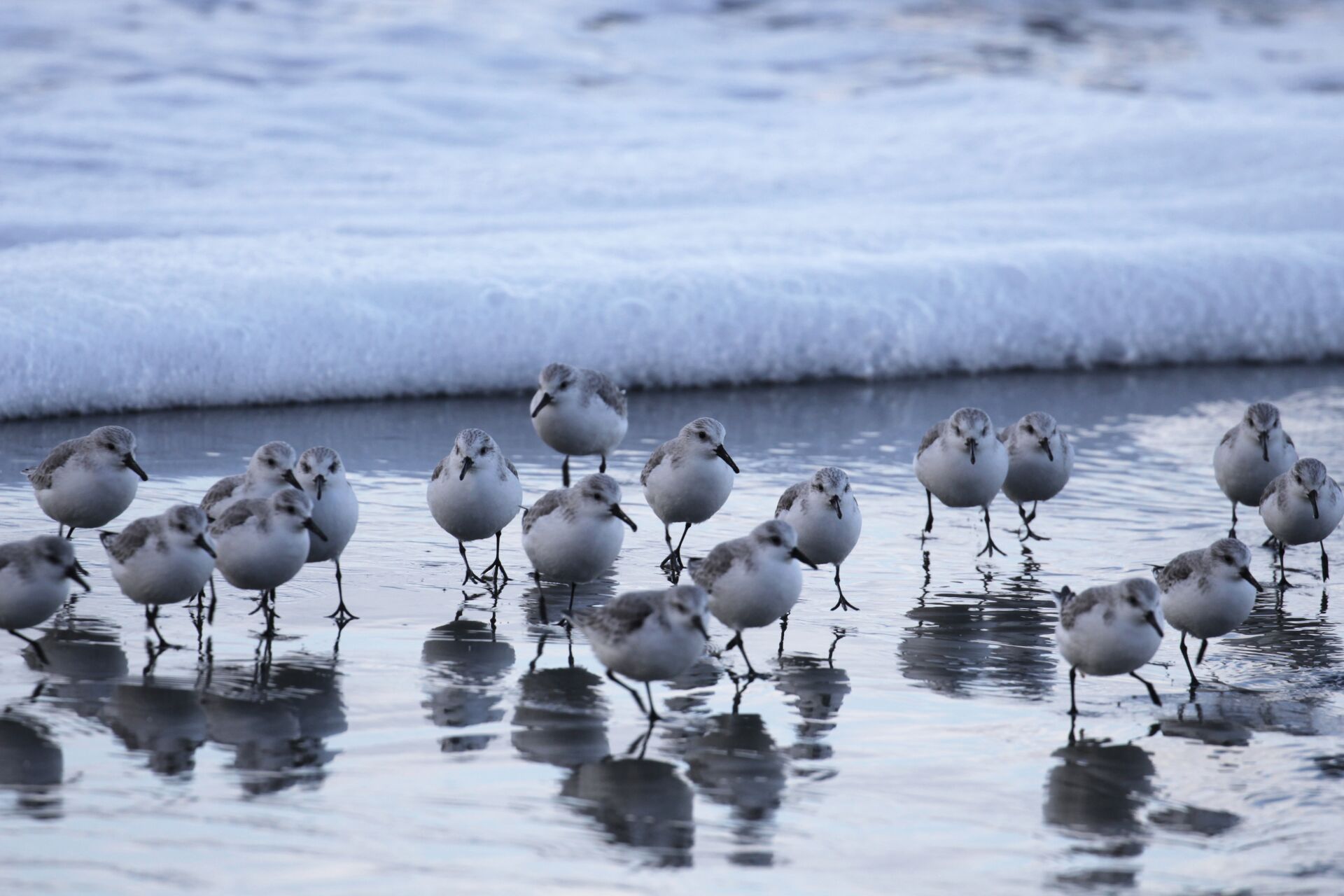 Association of Wetland Stewards of Clayoquot and Barkley Sounds is investigating the mysterious distribution of the wandering salamanders (a forest-dependent amphibian) on Cleland Island, a remote, tree-less island just off the coast of Clayoquot Sound. Learn how to create and test hypotheses by examining the available evidence to determine which hypothesis is the best fit for this mystery! 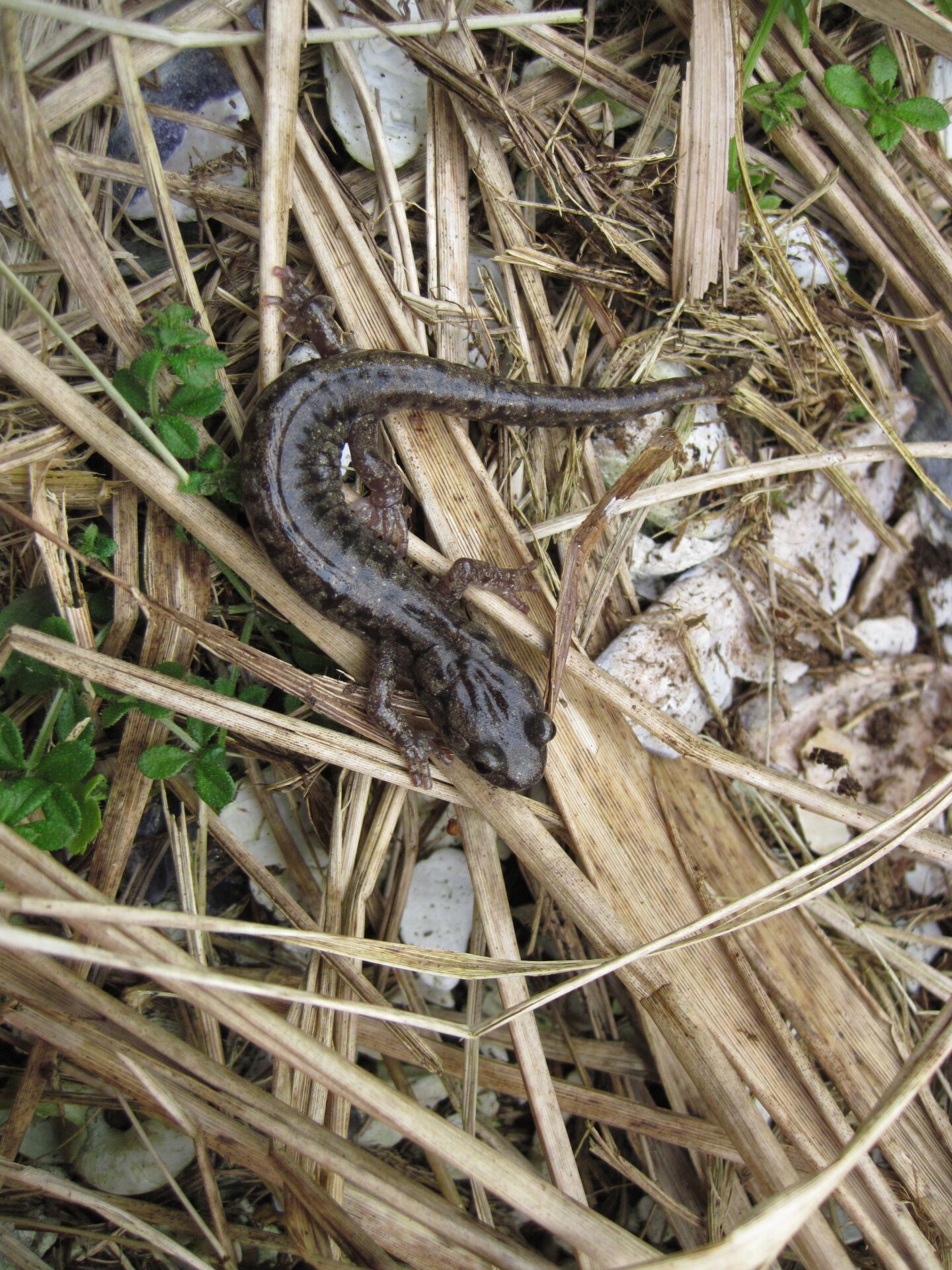 Wild Pacific salmon are declining in Clayoquot Sound at an alarming rate. Cedar Coast Field Station (CCFS) is investigating the mystery of their disappearance. Join CCFS as they illustrate how salmon are integral to the communities and ecosystems of the west coast and how historical and ongoing practices such as logging, and fish farms are contributing to the decline of wild Pacific salmon. Learn about CCFS’s fieldwork methods and how CCFS measures the number of sea lice on migrating juvenile salmon as they pass by fish farms. CCFS demonstrates how their research is uncovering the impacts of sea lice on juvenile salmon and the potential long-term impacts on the survival of wild Pacific salmon in Clayoquot Sound. 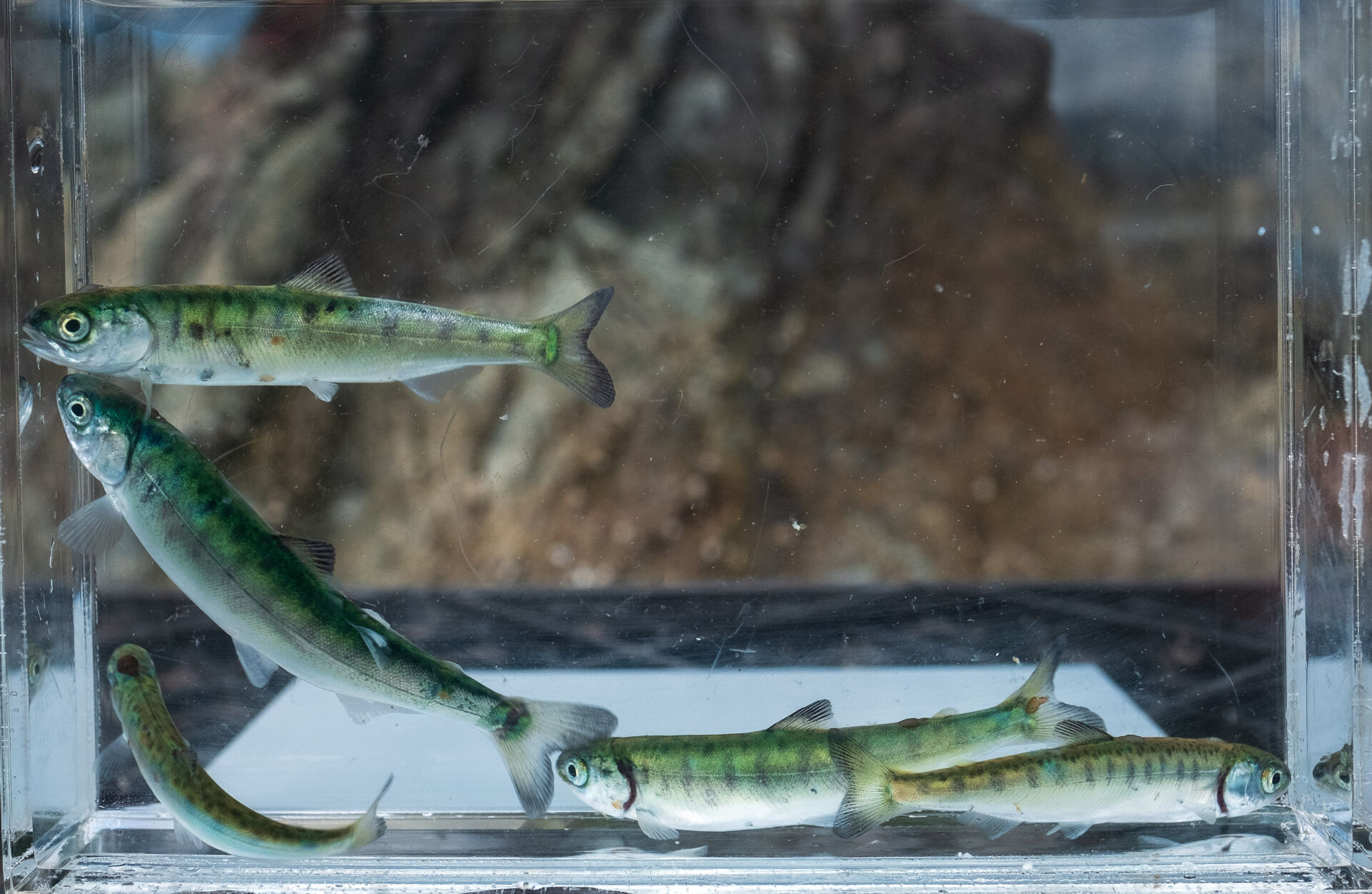 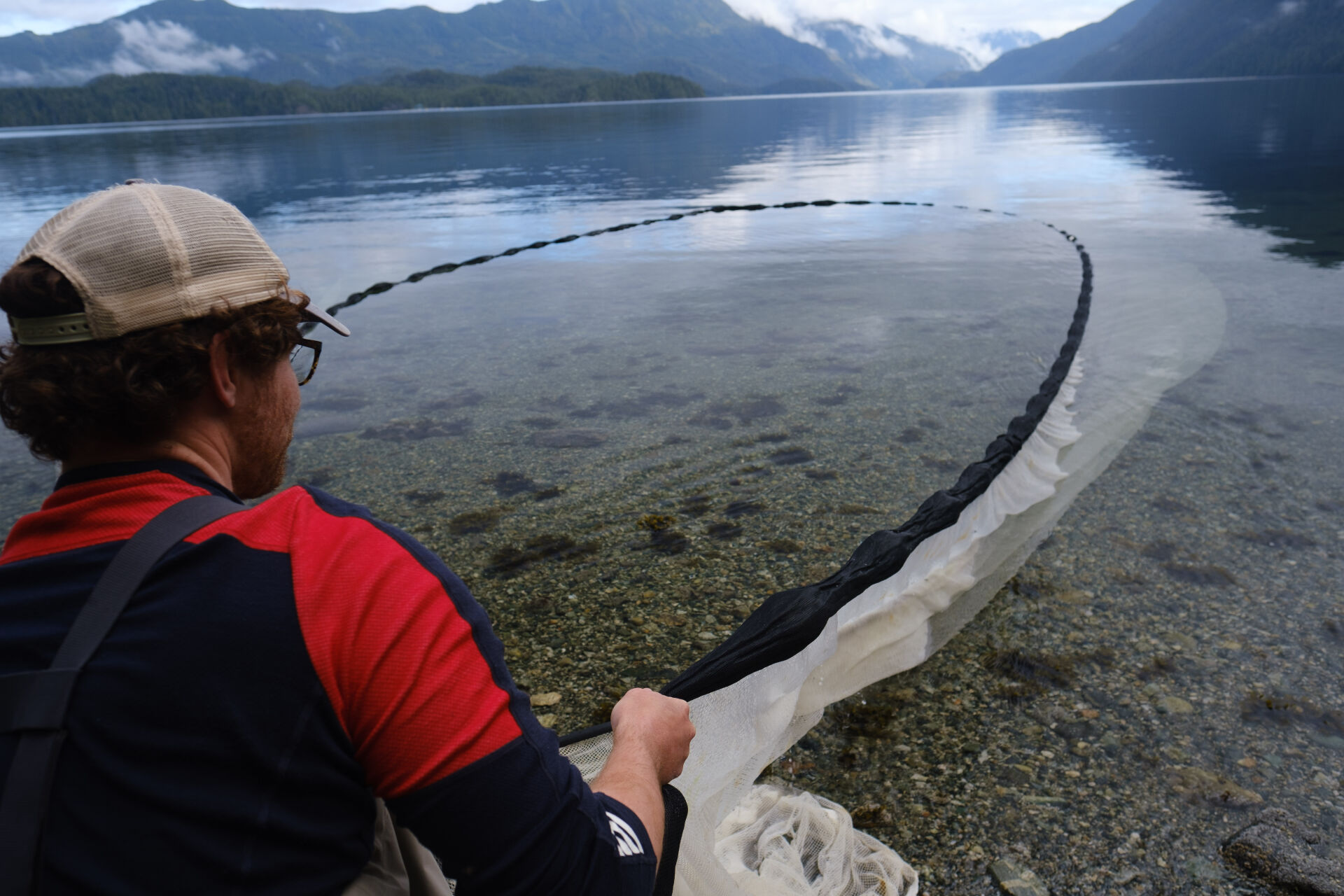 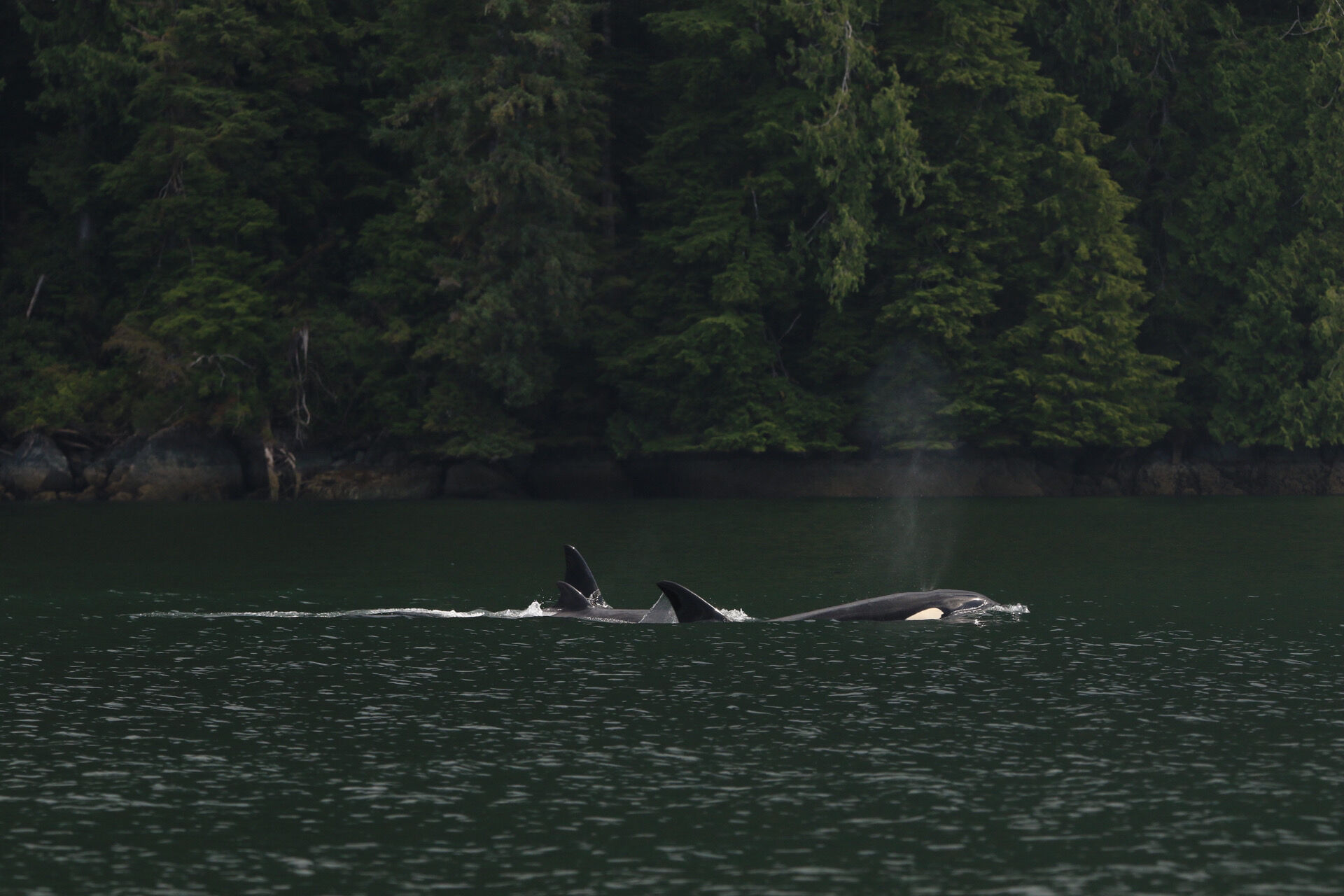 Explore the StoryMaps in detail below!