The west coast of Vancouver Island is a complex landscape in many ways. It is the interface where land meets sea and is a rich environment for top predators. The Clayoquot Sound Biosphere region is a remote and rural area home to seven communities from five Nuu-chah-nulth Nations, two district municipalities and has a thriving eco-tourism economy that saw 1.1 million visitors in 2017 (Page 9). Humans from around the globe flock to the beaches to surf and enjoy the dramatic scenery that hugs the coastline. Sitka spruce trees, drift wood, edible plants, sand dunes and a multitude of intertidal creatures are among a fraction of the biodiversity you might see when walking along the coast. However, with an ever increasing number of seasonal visitors to the Clayoquot Sound area comes the issue of conflict between humans and wildlife living in the region.

Bob Hansen, Community Coordinator for WildSafeBC, works to prevent conflict with wildlife in the region through collaboration, education and community solutions. This past July, Bob presented a Human and Wildlife Coexistence talk to visiting students form Royal Roads University’s, Master of Arts in Environmental Education and Communication program which highlighting the recent history of human interactions with bears, wolves and cougars in the region.

Bob began by sharing his experience of becoming Pacific Rim National Park Reserve’s (PRNPR) first Human-Wildlife Coexistence Specialist in the late 1990’s. His position was created in an effort to bring balance between bears and humans at Greenpoint Campground within the PRNPR. He recalled a time when food conditioned bears roamed the area frequently and were at times hand fed by locals and tourists. As a result, it wasn’t uncommon for eight to ten bears to be euthanized per year in the region. Trial and error over many years prior had shown translocation of bears was not a solution for resolving conflict with food conditioned bears. They would simply keep returning and resuming access to the abundance of unsecured human food and garbage. In 1997, the traumatizing death of bear #28 had the entire park staff completely rattled. Over that year, staff members had taken every preventative measure to avoid destroying bear #28 but when they found him in the middle of a busy campsite, up on a picnic table opening of a package of food, they knew there was no more hope. The bears death had Hansen and his colleagues begin brainstorming and they came up with a new initiative to prevent the food-conditioning of bears in the national park. The Bare Campsite Program implemented a zero tolerance for campsites where unattended human food and garbage was available to tempt bears into conflict. It was simple. If people were away from their site for any length of time or were asleep, their sites had to be “Bare” – no unsecured food, garbage or other bear attractants and if the rules weren’t followed the campers would be evicted from the site. After a trial run in 1998, the program fully launched in 1999. Extra PRNPR staff positions were established to help campers adapt to the change while a permanent education and monitoring plan was established for the Bare Campsite Program. As a result, only one bear has been destroyed at Greenpoint Campground over the last twenty years. The Bare Campsite Program is now being used country-wide by Parks Canada and is promoted as the way to camp across British Columbia (BC) by WildSafeBC. 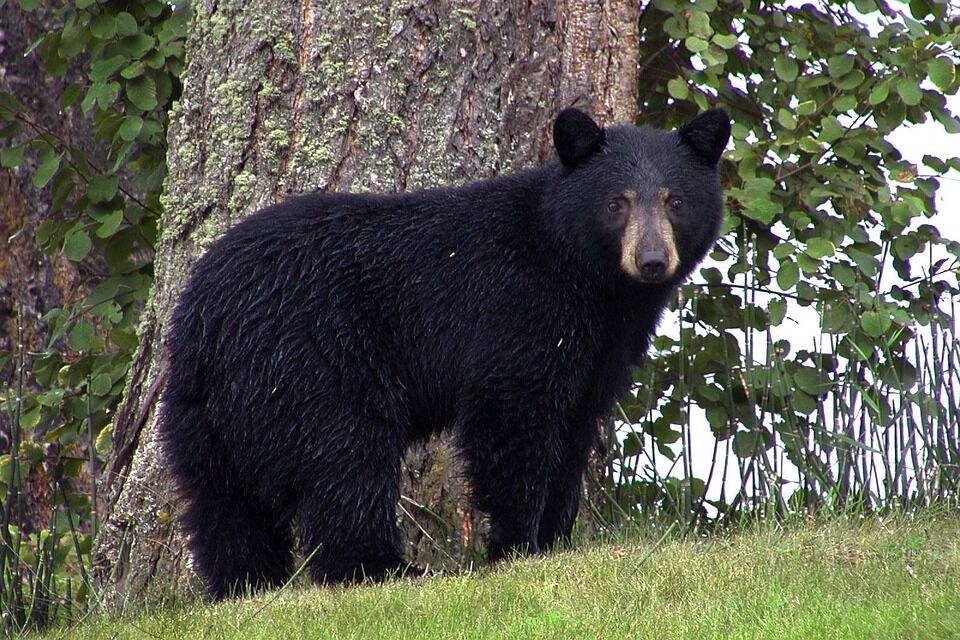 By the time of the reappearance of wolves, perception and knowledge had changed and there was a broader understanding that this top predator was an essential part of the biodiversity of Vancouver Island ecosystems. This has always been known by Nuu-chah-nulth Nations for whom the wolf has always held special spiritual and cultural significance. Human behavior toward wolves changed from fearful persecution to fascination with some people seeking out interactions. In many documented accounts, people behaved in ways to entice wolves closer and stay close, such as hand-feeding them. These human behaviors taught some wolves that their natural wariness of people was unnecessary and approaching people could lead to food rewards. Locally in the year 2000, wolves were food-seeking on Vargas Island and even entering people’s tents to take food. In some accounts, they growled while baring teeth when people tried to keep them away from their camps. Aggression was also directed at dogs, a known prey animal and competitor for wolves. Some 16 dogs were attacked at that time and after two years of many close and often aggressive encounters involving two particular wolves, a kayaker from the University of Victoria was mauled by one of them on Vargas Island. 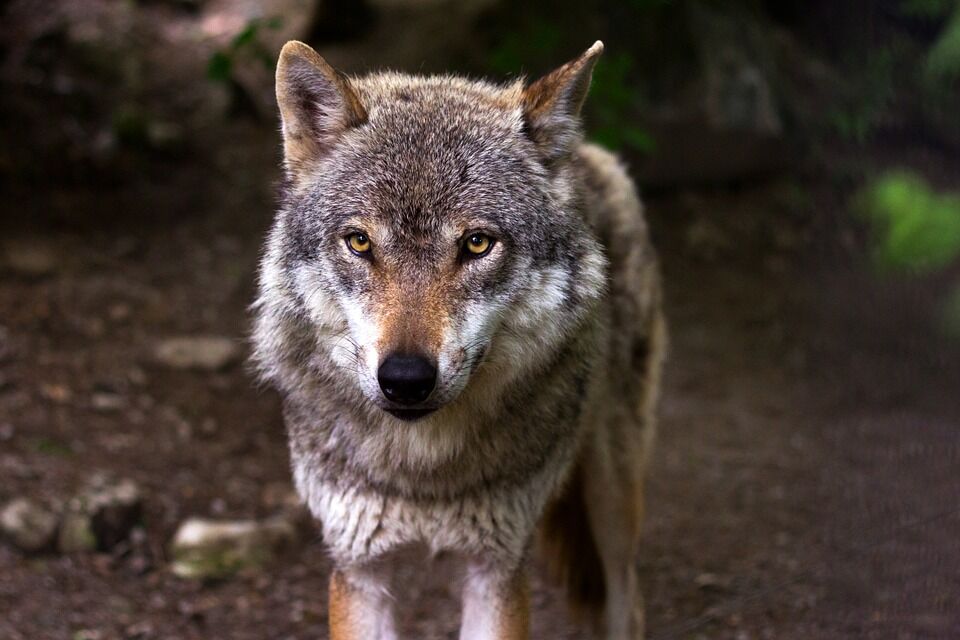 While preventing human-wolf conflicts were front of mind in the late 90’s and early 2000’s, cougar interactions increased with hikers on the West Coast Trail (WCT). In 2003, Bob in his position as Human Wildlife Conflict Specialist with Pacific Rim National Park Reserve, had an important decision to make in regards to opening the WCT. There had been 37 close interactions between humans and cougars over an eight-month period. One hiker had a cougar approach to within two meters of him in his campsite. The cat showed no sign of apprehension and approached in crouched position with its tail twitching – known stalking body language. The WCT was opened but several anxious weeks followed until an emaciated deceased cat was found on a WCT beach. 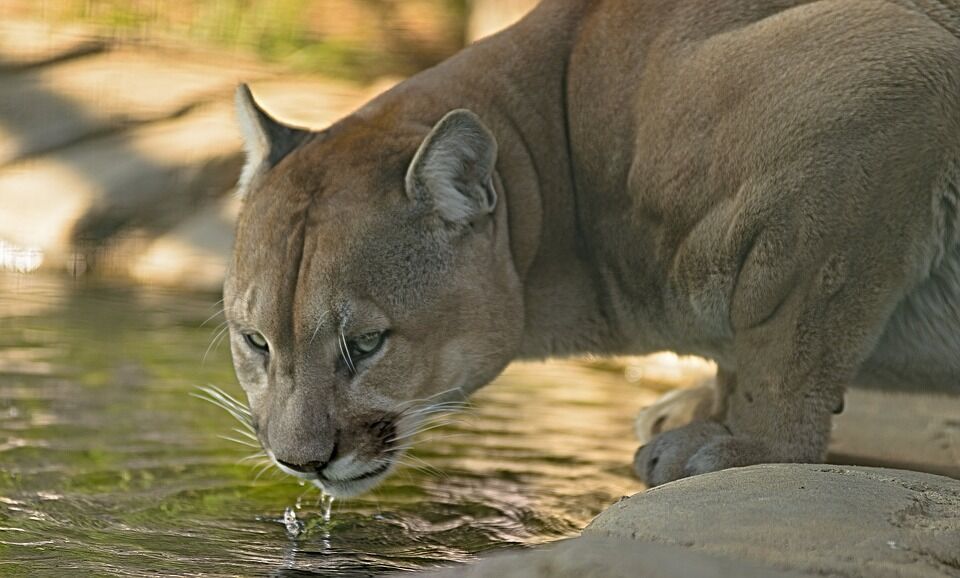 Several years of unusual levels of interactions between carnivores and people precipitated a resolve to better understand what was going on. The PRNPR and local communities needed answers. Had something fundamental changed on a greater landscape that was resulting in so many events over the years? Stakeholders gathered over three days at the University of Victoria to try and map a path to answer many questions. This workshop lead to the creation of the WildCoast Project a multi-disciplinary research roadmap that would be used to increase the understanding of the interaction of predators, prey, people and landscape dynamics and to manage human-carnivore interactions. A number of ecological research and social science questions were identified and projects were carried out that included field observations, scat surveys, remote triggered cameras, scented rub pads and more. The research concluded successional debt, habitat factor, as well as human fascination with wolves and cougars were playing significant roles in increasing human-carnivore interactions.

Successional Debt is a process which happens 20-25 years after an area has been logged and the second-growth forest canopy becomes closed blocking out the sunlight. Undergrowth no longer thrives when the closed canopy begins shading the forest floor. Food for deer is no longer abundant and therefore, drives them to other territories to find food, such as at the forest edge near developed areas. The result is more wolf and cougar sightings in town and limited boundaries between humans and wildlife. The research suggested that humans are no longer perceiving wildlife as threatening or fearful and are more likely to get closer and use food to gain attention, creating a dynamic where wildlife no longer fears humans. While this initiative was led by Pacific Rim National Park Reserve, the Clayoquot Biosphere Trust (CBT) was a crucial partner whose contributions in many ways was essential to the WildCoast Project getting off the ground. The CBT has continuously supported this pursuit of knowledge to steward co-existence with carnivores since that time.

The WildSafe BC Project creates coexistence awareness throughout the community and Bob Hansen highlights a great point. He refers to the fact that the interface where land meets sea is not only an abundant area for animal food, but is also an interface where parking lots, hotels, restaurants, and development lay on the very dinner table, beaches and shorelines these animals rely on for survival. The top prey for both cougars and wolves are deer, raccoons, river otters and seal all of which are found in this interface habitat. Beaches, shorelines and coastal trails are also a favorite playground area for people and dogs. Having said that, it’s no surprise wildlife have had to adapt to living with humans and it has now become crucial that we adapt to living with them.

WildSafeBC is a provincial wide initiative that provides people with resources on how to co-exist with BC wildlife from bears, wolves and cougars to deer and bats. Through collaboration and education, they are leading the way forward for healthy human-wildlife existence. They offer in depth programs on different animal species and educate proper ways of reducing conflict where we live, work, play and grow. This organization presents tools and resources for identifying wildlife attractants and preventing problems, as well as how to plan ahead to reduce negative human-wildlife interactions.

It is our social and environmental responsibility to ensure we are respecting animal boundaries and ensuring our coexistence remains safe and sustainable. This means, the next time you see a wolf, bear or cougar on the beach, keep your distance because space is safe! For more information and educational tools on coexisting with predators and other wildlife we share this landscape with, please visit http://www.wildsafebc.com.