Exploring Life Below Water with the Raincoast Education Society

Another season of Raincoast Education Society’s fun, educational summer programming has drawn to a close here on the west coast. Amongst this year’s events was their Beach Seine series. These events offered attendees a glimpse into life below the surface of Tofino’s harbour. For those who couldn’t make it out, here’s a recap of what you missed! 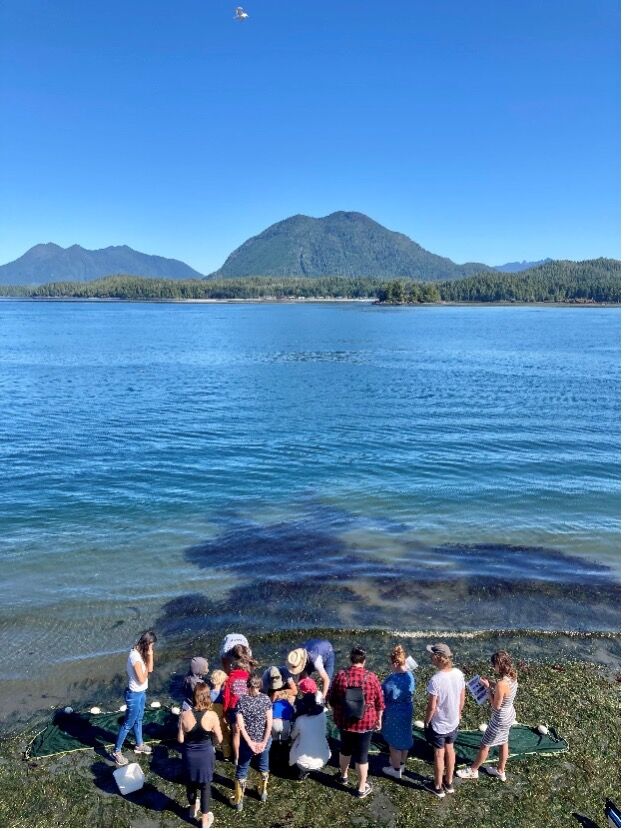 On days with particularly low tides, the carefully trained Raincoast Education Society staff and interns made their way down to the water’s edge with a large net in hand. More accurately, the net is known as a “seine”, which hangs vertically from a series of floats to help staff capture aquatic species from surface to sand.

Raincoast staff targeted patches of eelgrass found in the shallows of the harbour. These habitats sometimes referred to as intertidal eelgrass meadows, are easily overlooked but play an incredibly important role in supporting regional ecosystems. After dragging the seine through a patch of the eelgrass, staff acted quickly to identify creatures caught in the net and gently place them in buckets of saltwater for guests to investigate further. The process yielded a great variety of species, including juvenile salmon, herring, lingcod, pipefish, shield back kelp crab, snails, tiny jellyfish, and much more! 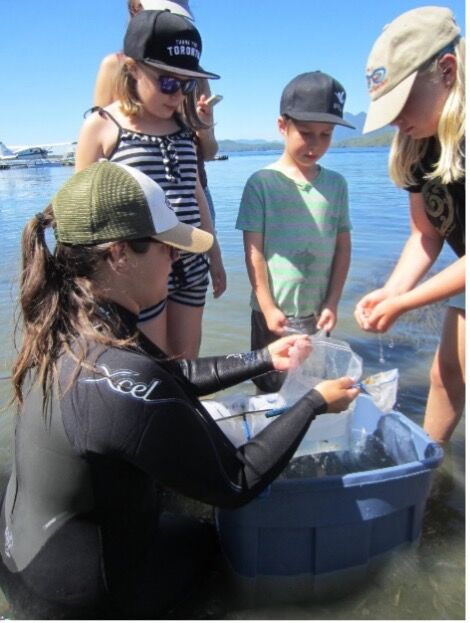 So, what makes this nearshore ecosystem so important? The beds of eelgrass act as nurseries for huge amounts of aquatic species during their young vulnerable days. The health of regional ecosystems is often dependant on the success of many of these juvenile populations, like keystone Pacific salmon species. In turn, these nurseries also play a key role in supporting the trophic web. Shorebirds, birds of prey, and larger fish target eelgrass meadows for their abundance of food. 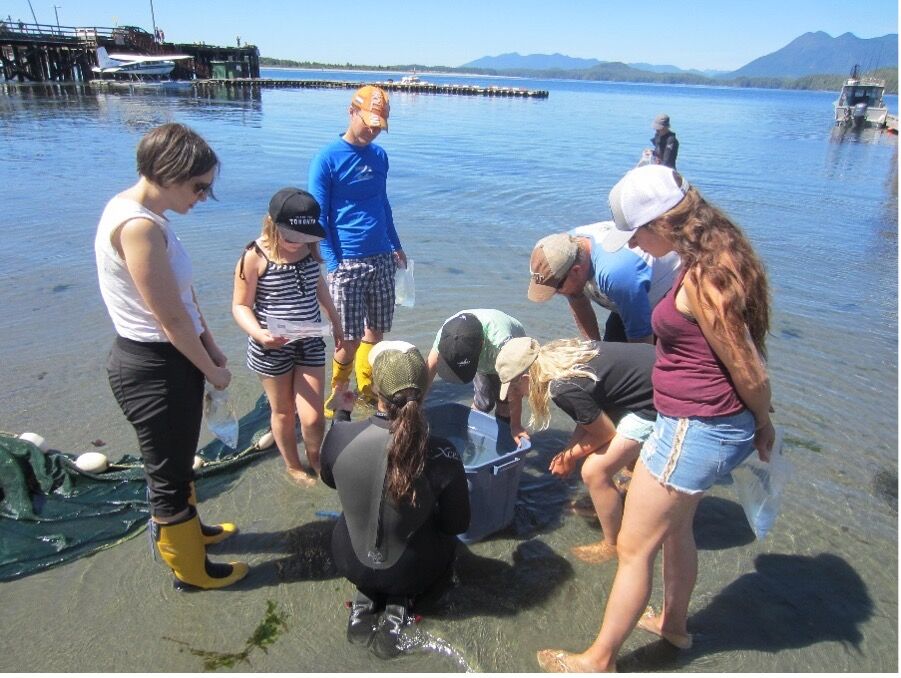 The grass itself acts as a buffer against strong stormy waters in coastal regions, helping to stabilize shorelines and prevent erosion using their complex root systems. The grass beds also do a fantastic job of sequestering carbon, just like forests on land!

Coastal development is a chief threat to eelgrass meadows, as waterfront structures like docks and piers can disturb and permanently damage root systems. Surface runoff from waterside communities can also introduce excess nutrients to aquatic environments resulting in ecosystem imbalances. Like most environments on earth, our local eelgrass meadows are additionally impacted by environmental shifts brought on by climate change, including fluctuations in water temperature, acidity, and salinity. An increase in any of these variables could influence the growth of these sensitive aquatic plants and impede their important ecosystem services.

The intention of the beach seine events was to foster a greater appreciation for these typically out of sight environments. And they did just that! Children, parents, and everyone in between were surprised and delighted to discover the magnitude of life existing just below the ocean’s surface. Let’s work to preserve them and everything they provide us!

Stay tuned for more Raincoast Education Society programming, including their upcoming Mushrooms of the West Coast course this October! More information is available on their website or through the West Coast NEST course listings.

A very special thanks to Maddy Bolt for sitting down with the West Coast NEST and to the summer staff for hosting the events!